How to Connect Your MacBook to a TV? (Source: STC Electronic Co., Limited) | PRUnderground

How to Connect Your MacBook to a TV? (Source: STC Electronic Co., Limited)

These days, as more and more people are watching their movies and TV shows via a streaming service, the line between computer and television is growing ever more blurred. But even if you're watching a show via Netflix, chances are your big flat screen TV is going to offer a better viewing experience than the computer you use to go online. Connecting a Mac to a television allows you access to the world wide web on a much larger screen. Using a TV with a Mac can also give you a second monitor, making work or gaming more productive and enjoyable. And in many cases, you can even connect two external monitors or TVs at once.

Apple laptops are thin, light and portable. Which means that a lot of users spend increasingly longer times in front of their computer screens than in front of their TV screens. It’s not only because you can watch movies on your Mac, there’s also a wider array of on-demand content available to you with the click of a mouse. Apple computers are soon becoming the more convenient choice. Of course, there are videos that are much better viewed from a wider screen. Read on to find out how to connect your MacBook to a TV. 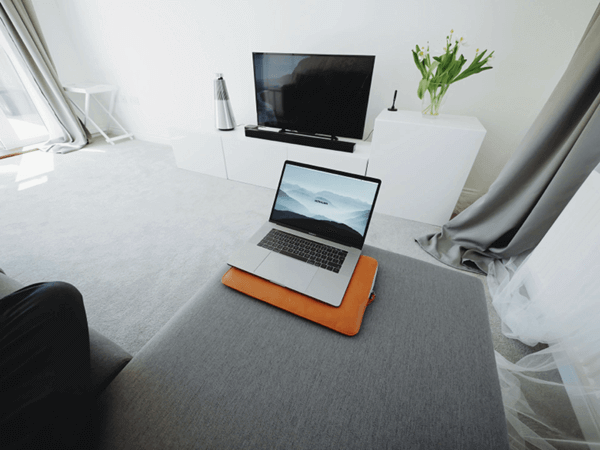 How to Connect Your Laptop to a TV

Connecting your Apple laptop, be it a MacBook, MacBook Pro or MacBook Air, to your TV can be as simple as connecting one end of a cable to your MacBook and the other end to your TV. Or, it can be as complicated as using specific adapters that are compatible with both your laptop and your TV’s available ports.

Available ports vary per laptop and TV model, so before you attempt to connect to a TV, make sure that they either have compatible ports or that you have the necessary adapters to hook them up.

Some laptops have at least two of them built-in (usually a USB port in combination with either a micro DVI port, Mini DisplayPort, or Thunderbolt port), some, like the MacBook 2018 version, only have one (although you can use specific adapters to accommodate other types of video connectors). Much older models, however, typically have more built-in ports which can include VGA and HDMI ports.

Like Apple laptop ports, TV ports can vary by model and by brand. There are, however, certain ports that are common among them, such as the following:

HDMI ports – The HDMI or High Definition Multimedia Interface port is probably the most common type of port on electronic devices. These ports have been around since early 2000 because of their ability to transfer large amounts of data (allowing for higher resolution videos). If your MacBook has a built-in HDMI port, it is the easiest way to connect your MacBook to a TV.

DisplayPort – The DisplayPort is a successor of the HDMI port. It is fairly common in laptops and PCs, but it is far less common in TVs than its predecessor.

DVI ports – DVI or Digital Visual Interface ports are common in electronic devices released from the late 90’s up to the early 00’s. They can usually be identified by their rectangular shape which has similarly rectangular holes in it and usually come in the color white.

VGA ports – VGA ports are common in devices released between the late 80’s and the late 90’s, however there might be some later devices that still use them. They can be easily identified by their elongated shape and the circular holes in them. They usually come in the colors blue, black, or pink.

After making the connection

If your Mac doesn’t recognize your HDTV, display, or other HDMI device after making the connection: 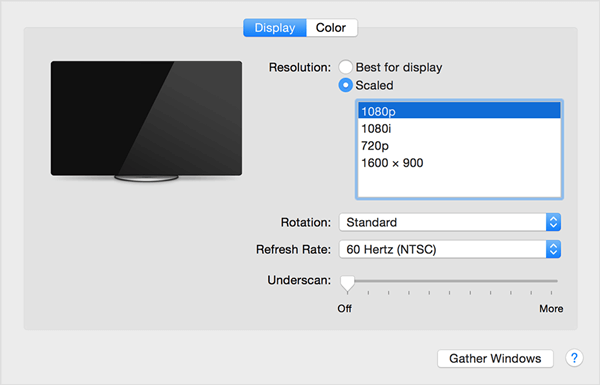 If your HDMI device isn’t receiving audio from your Mac: 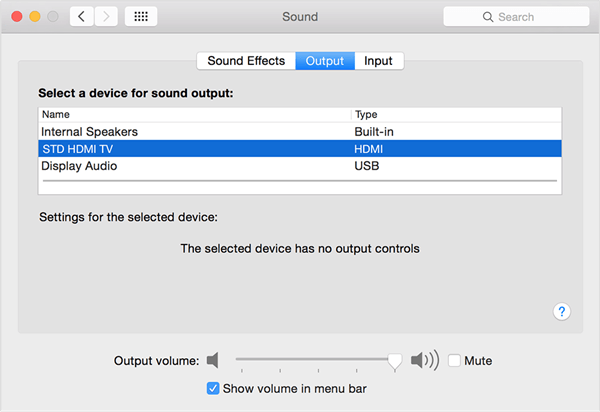 If your Mac goes to sleep while a video is playing or paused, you might see an HDCP error. Quit the app that is playing the video, then open the app again. If the issue continues, choose Apple menu > System Preferences, then click Energy Saver and adjust the settings so that your display doesn’t turn off.